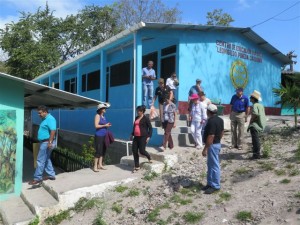 Over the past 10 years, HELP HONDURAS,   with funds donated from individual local Rotarians has provided funds to build  7 high schools in rural areas.  Each has 2 to 3 rooms and desks were provided.

We also added a kindergarten and a classroom and small library space to an elementary school. 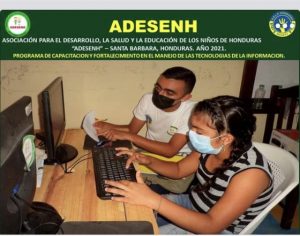 These same donors have  purchased computers for several locations but primarily in Santa Rita , a town in the mountains near Santa Barbara which, prior to their purchase, had no computers at all.  Students are all receiving computer training. 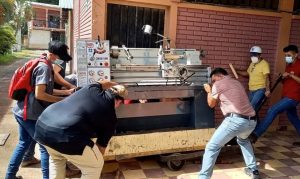 Santa Barbara was hit by two hurricanes back-to-back – ETA on October 30, and IOTA two weeks later.   Santa Barbara state received as much as 24 in of rain in 24 hours and thousands of people were flooded out and many bridges and water systems were destroyed. 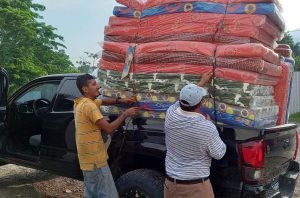 Funds designated for purchase of  vocational school equipment were diverted, with consent of the donors involved, to provide emergency mattresses and food packets to people sleeping in schools and other community spaces  as their homes had been destroyed.

This aid was delivered by local Rotarians within days and well ahead of Red Cross or Government aid.    Things are still very difficult in Santa Barbara but there is some international aid arriving and local streets that literally turned into rivers and were completely destroyed, are being rebuilt.

Our work in Santa Barbara continues and there is much to do.  If you are in a position to make a major donation, please contact us to discuss what type of educational institute you would like to sponsor.  The population of Honduras is very young they are short of schools, vocational training facilities, and medical supplies, and some communities lack clean water.

All our projects are done in conjunction with a registered Honduras NGO called ADESENH – which when translated into English is “Association for development, health, and the education of the children of Honduras”.  It is run by members of the Santa Barbara Rotary Club who have a proven track record with over 30 years of effective administration of projects.